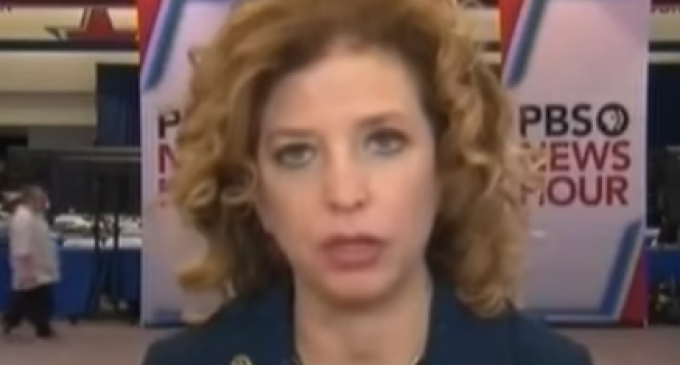 The DNC is corrupt and Jake Tapper of CNN wants to know all about the rigged delegate votes.  With Bernie Sanders annihilating Hillary Clinton in the New Hampshire primary, yet virtually gaining the same number of delegates, Tapper told Democratic National Committee chair Debbie Wasserman Schultz that he smelled a rat.

The rigged results will certain cause young voters who came out in strong numbers for the Bern, to feel disenfranchised.  Wasserman's answer only makes the DNC corrupt ways more evident.

She told Tapper that the Democratic Party basically does not want grassroots activists to run against party leaders and elected officials.  So the unpledged delegates make sure that does not happen.  She then stated that the Democratic Party highlights inclusiveness and diversity… (except for the 22 percentage points Bernie won fair and square over Hillary), the DNC supposedly wants to give “every opportunity to grassroots activists and diverse, committed Democrats to be able to participate, attend and be a delegate at the convention.”   She then said that these “unpledged delegates” are separated so there is not competition between them.

What part of election and political process says “no competition”?  Oh wait, the party of everyone gets a ribbon, unless you are running against the Clinton machine, then you must not compete.  View the insanity on the next page.