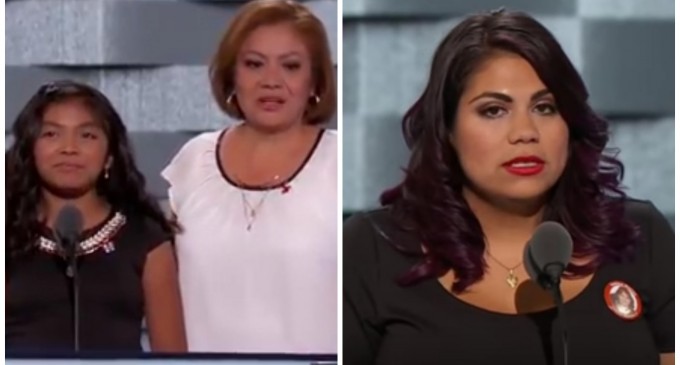 The DNC has gone beyond the pale this year in using an anchor baby Karla Ortiz, her illegal mother and a second illegal immigrant, Astrid Silva, to promote illegal immigration at their convention this year.

The child puppet of the Clinton machine was brought on stage to share that she is afraid that her mommy and daddy would be “forced to leave”.  The crowd went wild, cheering for this law-breaking family and for the wanton use of a child to promote their open border agenda.

Breaking the law, as we have seen with Hillary, is no big deal, and therefore breaking into this country is also of no consequence to Democrats.  In fact, one can almost hear Hillary say, “What difference does it make?  Let them all stay, as long as they vote for me.”

Read the remarks swirling on Twitter regarding Karla Ortiz and her illegal immigrant parents on the next page.