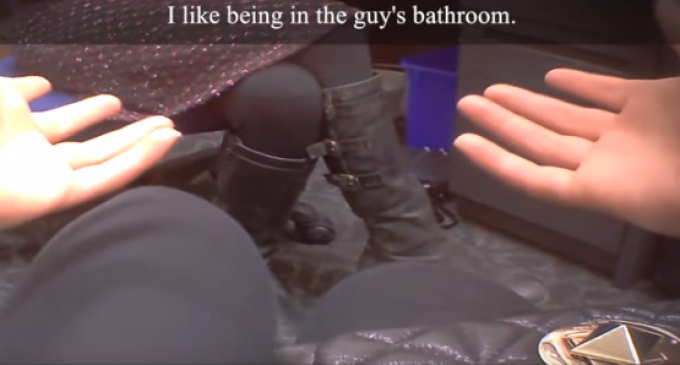 Target's recent decision to allow transgender people — men who identify as women and vice versa — to use the bathroom or fitting of their choice was met with great enthusiasm by those on the far left and some in the LGBT community.  But it has been met by intense opposition by many other Americans.

As of Wednesday evening, the pledge to boycott the retail giant has collected nearly 1 million signatures.  Opponents of the #BoycottTarget movement claim that the boycotters are simply exercising this right out of hatred or bigotry.  The truth is that the vast majority people — while perhaps perplexed by — do not have hatred for those who identify as transgender.

Most of the people who oppose the transgender bathroom policy are parents who fear that pedophiles and sexual predators will exploit the new policies and use the law as a loophole to prey on women and children.

Now, it appears that those fears are founded, after two undercover reporters in North Carolina posed as sexual predators who made no qualms about why they actually wanted to use different restrooms on a major university campus.  The video will shock you.

To watch university officials actually laugh with the “sexual predators” when they tell them why they really want to use the restrooms, continue on the next page: