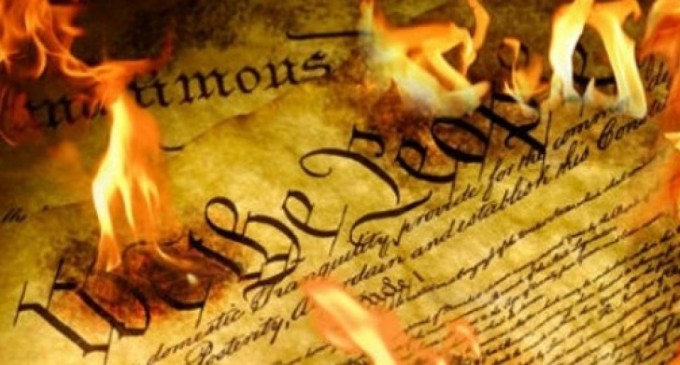 Disabled Navy Veteran, Rick Bailey, is the latest victim of the gun paranoia propagated by the left that has manifested in a complete violation of Constitutional rights. He recently had all his firearms confiscated by a judge entirely based on alleged claims by his neighbor.

Bailey had been arguing with his neighbor, Dustin Moss, for some months over an landscaping issue. This past March 16th things took a turn for the worse after Bailey called the police on Moss for a strong smell of toxic chemicals emanating from his Moss' home. Moss followed up the next day by filing for a protective order with the courthouse claiming Bailey threatened to shoot him. Bailey adamantly denies the allegations and no prior threat of violence had been filed against the veteran.

Despite having no evidence other than the allegations made by Moss, Judge Baxter still issued the protective order. The judge also attached a separate injunction to confiscate all of Mr. Bailey’s firearms.
(See documents below)

The same day that Judge Baxter issued the injunctions, the Glendale police department confiscated Bailey’s collection of firearms that took him a lifetime to accumulate. Bailey told me that 28 guns were taken valued at over $25,000. Within his collection was a World War 2 era M1 Garand valued at $5500, and a Winchester 1897 pump shotgun.

Furthermore, the laws that got Mr. Bailey’s guns taken away are the same type of so-called “Gun Sense” laws that today’s anti-gun groups are lobbying for.

A Go Fund Me page has been set up to assist Mr. Bailey with his legal fees he’ll likely encounter attempting to recover his guns.