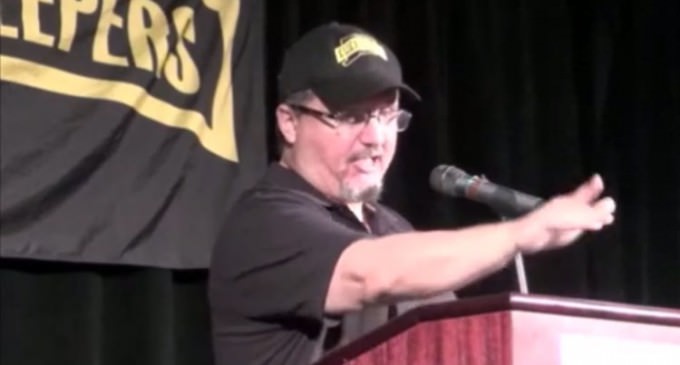 Stewart  Rhodes, Founder and Director of Oath Keepers addressed attendees of the organization's first annual awards dinner on June 26th. Rhodes warned his audience of, as he called it, “a very well-orchestrated attempt to divide and conquer the American people…along racial lines, along class lines.”

Watch the short video of his powerful speech about an imminent danger to America on the next page.

The non-profit Oath Keepers is composed of current and former U.S. military and law enforcement, but is often treated by mainstream media as ‘dangerous extremists.' Their stated goal is to uphold the constitution, even if that may involve disobeying unconstitutional orders.

Video after the jump: