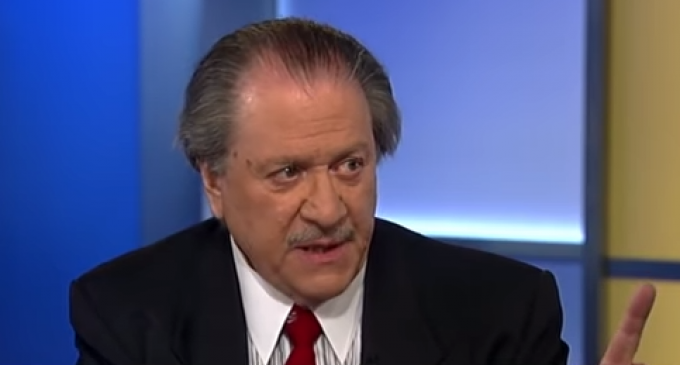 In recent TV and radio appearances, former US Attorney for the District of Columbia Joseph DiGenova named names in a bird’s eye view of where the biggest political scandal in U.S. history is heading.

DiGenova told a panel on the Ingraham Angle that included former Governor Mike Huckabee and Trump Attorney Rudy Giuliani that it all began 4 years before the election of Donald Trump with illegal spying committed by the Obama administration.

According to diGenova, the FISA Court has already communicated with the Justice Department about findings that show “for more than four years before the election of Donald Trump there was an illegal spying operation going on by FBI contractors, four of them, to steal information on Americans and to use it against the Republican Party.”

“This is pretty simple stuff for career prosecutors like Rudy and myself. It has been evident since day one that there has been a brazen plot to exonerate Hillary Clinton illegally and then if she lost the election, to frame Donald Trump. This dossier was a knowing part of that. It was created by Hillary Clinton. It was created knowingly by John Brennan as part of a scheme to do everything they could to harm Donald Trump. The problem for Brennan and Clapper and Comey and Baker and all of them now is the FISA Court has already communicated with the Justice Department about its findings,” diGenova said.

DiGenova claims that the fireworks begin in ‘1 week' with the release of a special report focused on former FBI Director James Comey. (This was originally published May 15th. So the release should be any time now if diGenova is correct.)

Turn the page for more plus video and audio interviews.