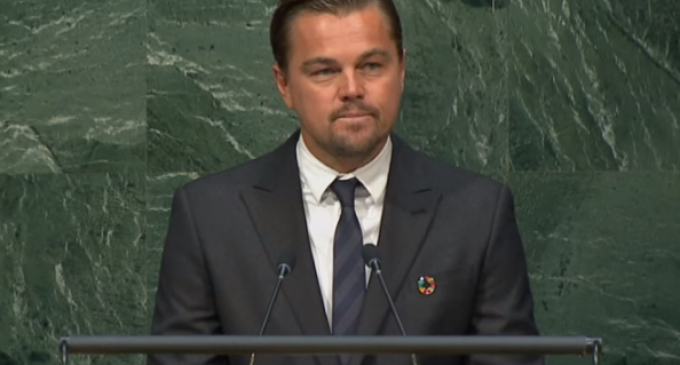 Syria and Iraq remain entrenched in a civil war that has seen the Islamic State — ISIS — take over huge swaths of territory in both countries.  Russia continues their takeover of Eastern Europe after annexing the Crimean Peninsula and marching on Eastern Ukraine.  Iran and Saudi Arabia are in the midst of a Shiite-Sunni proxy war in Yemen.  Boko Harem and Al-Shebab continue to terrorize non-Muslims across Africa.

Women across the Muslim world are systematically oppressed — denied the right to drive, vote, or even leave the home without a male chaperone.  Pakistan is facing violent protests where men are fighting for the right to stone their wives and daughters after a recent law banned it.  Drug cartels across Mexico and Latin America terrorize civilians in ways that rival only ISIS in brutality.

There is no shortage of crises in the world, yet liberals are worried about the weather.  This was on display yet again last Friday, when Leonardo DiCaprio spoke to the United Nations on climate change.  To watch why DiCaprio called the ineffective international organization “the last best hope of Earth,” continue on the next page: