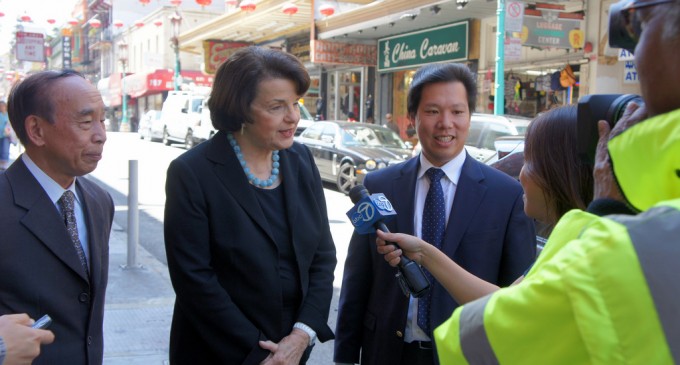 The US Postal Service is selling off portions of it's $85 billion real estate portfolio using a private agency to manage the sales.

We've all heard about how the Russian oligarchs amassed their tremendous fortunes in the wake of the collapse of the former Soviet Union by purchasing valuable assets for pennies on the dollar using shady insider deals. The oligarchs in the USA have learned their lessons in crony capitalism well, and unsurprisingly, the apple doesn't fall far from the tree in this case. Dianne Feinstein is one of the most shameless, authoritarian, undemocratic Senators we have, so it is no surprise that the Princess of Darkness’ husband would be involved in schemes to rip-off public assets to benefit friends and his commercial real estate firm C.B. Richard Ellis.

The corporation with the exclusive contract to negotiate sales for the Postal Service’s $85 billion real estate portfolio is C.B. Richard Ellis (CBRE). And that the company is chaired by Richard C. Blum, who is the husband of US Senator Dianne Feinstein and a member of the University of California Board of Regents.

Not only has Feinstein lobbied the Postmaster General on behalf of a redevelopment project in which her husband's company was involved, CBRE has been shown to sell the bulk of the Post Office property at below market value, sometimes to it's own clients, such as Goldman-Sachs.