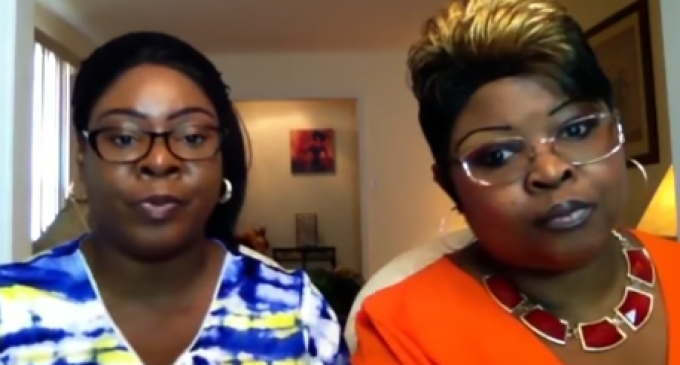 If you haven't taken the time to give Diamond and Silk a listen, do it now.  These ladies shoot straight from the hip and call a spade… well in this case, Hillary Clinton, a spade and an insult to white people.

In there July 15, 2016, video, they ream Hillary for being exactly the white person that she says, “needs to do a better job at listening to African Americans”.

Silk begins her rant, saying, “Thank you Donald Trump and coming out and speaking the way you spoke on this matter. He spoke in a manner of unity, peace and balance, is how he spoke. He did not take sides, he spoke in unity. This is something we all have to get together and work out. That’s the type of President we need, someone who is going to be a unifier….”

View the fantastic dialogue between Diamond and Silk regarding Hillary's white people hypocrisy on the following page.