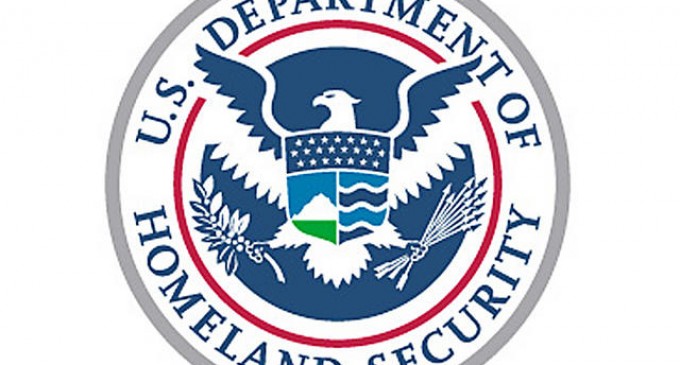 DHS wants you to report ‘suspicious activity' while shopping this season.

You know, we should all be so frightened at the thought of being victims of terrorism at the mall. Let's just forget that you are 8 times more likely to be killed by a cop than a terrorist, according to the National Security Council.

Shouldn't DHS be warning us about the dangers of cops? (yes, a joke)

Hitler would have approved of the ‘See Something Say Something' program.

At the height of its influence around one in seven of the East German population was an informant for the Stasi.

Every day, malls around the country work closely with DHS, FBI and state and local law enforcement to keep shoppers safe. This year, the Department of Homeland Security (DHS), is partnering with a number of communities across the state of New Hampshire as part of our If You See Something, Say Something™ campaign and displaying materials encouraging shoppers to report suspicious activity to local authorities.

At the Department of Homeland Security (DHS), homeland security begins with hometown security. We’re all safer when everyone is alert and engaged, and that’s what the Department’s nationwide If You See Something, Say Something™ public awareness campaign is all about.  Currently, DHS partners with a number of shopping centers, including the Mall of America, Walmart, Simon Property Group, and the Building Owners and Managers Association, to raise public awareness of indicators of terrorism and terrorism-related crime, and to emphasize the importance of reporting suspicious activity to the proper local law enforcement authorities.

DHS, in partnership with the FBI, regularly communicates with our partners in federal, state, and local government, as well as in the private sector, about the threats facing our Nation. As part of this ongoing engagement, DHS works with the retail and shopping center industries to enhance security and increase preparedness. DHS also participates in training exercises with our retail industry partners to establish readiness while providing support and resources to their ongoing security operations.

Along with our partnership with the retail industry, DHS and the FBI continue to work together with the commercial facilities sector to increase the preparedness and resilience of public spaces.  DHS offers a broad set of tools to help our law enforcement and private sector partners prepare for and mitigate potential threats, from our online active shooter portal to a recently announced pilot program that will provide local law enforcement with a platform for active shooter training.

We have seen the value of public vigilance in thwarting terrorism and crime time and again, so remember: if you see something that doesn’t look right, report it to local authorities. When we each do our part, we are working together to keep our nation safe, one hometown at a time.

See Something, Act Like a Snitch in Nazi Germany, Stasi East Germany or Iraq

I initially thought that Paul Joseph Watson was overreacting when he claimed that a Homeland Security video paints the following activities as signs of potential terrorism:

But Watson makes a brilliant point about Homeland Security’s “See Something Say Something” campaign, and how accusations of terrorism actually spread:

At the height of its influence around one in seven of the East German population was an informant for the Stasi. As in Nazi Germany, the creation of an informant system was wholly centered around identifying political dissidents and those with grievances against the state, and had little or nothing to do with genuine security concerns. [Indeed, the American government has been using anti-terror laws to crush dissent and to help the too big to fail businesses compete against smaller businesses (and see this. And the Department of Homeland Security has been distracted by activities which have very little to do with terrorism.)]

This is the kind of society the Department of Homeland Security is, whether deliberately or inadvertently, recreating in 21st century America.

“I started to read these files about all the victims in just one region of Germany that the Gestapo had processed,” Gellately says. “It would have taken a large force of secret police to collect information on so many people. I needed to know just how many secret police there really were. So I asked an elderly gentleman who would’ve lived through those times, and he replied, ‘They were everywhere!’”

That was the prevailing myth.

“But I had evidence right there in my hands that supported a different story,” Gellately explains. “There were relatively few secret police, and most were just processing the information coming in. I had found a shocking fact. It wasn’t the secret police who were doing this wide-scale surveillance and hiding on every street corner. It was the ordinary German people who were informing on their neighbors.”

As he was uncovering who was acting as the Gestapo’s unsolicited agents, he also began to discern what motivated neighbor to inform on neighbor. The surviving myth told the story of informers who were motivated either by a commitment to the Third Reich or by a fear of authority.

But the motives Gellately found were banal—greed, jealousy, and petty differences.

Backing Hitler also challenges conventional views on the nature of modern dictatorships. Perhaps as a way for us to believe that “it couldn’t happen here,” we have viewed the Holocaust as an atrocity that was the work of a handful of evil men. Gellately, however, presents persuasive evidence that Hitler and the Third Reich were able to build a consensus for their policies.

“They began with small violations of the rights of Jews and other minorities, and then ratcheted up their racism and persecution only when they saw implied consent from the German people.” Gellately says. “Many Germans disapproved of Hitler’s fascism and brutality, at first. But after the long economic depression following the First World War, the German people allowed the thriving economy and return to law and order under Hitler to mute their concerns. People had jobs and the streets were safe. Hitler was managing a fine balance of consent and coercion.”

The same dynamic played out in Iraq. People turned their neighbors in to the American military pretending they were Al Qaeda, based on petty jealousies or just wanting to get a reward. Specifically, neutral observers say that most of the Iraqis tortured in Iraq were innocent farmers, villagers, or those against whom neighbors held a grudge. Iraqis received a cash reward from the U.S. military for turning people in as “suspected terrorists”. See this movie.