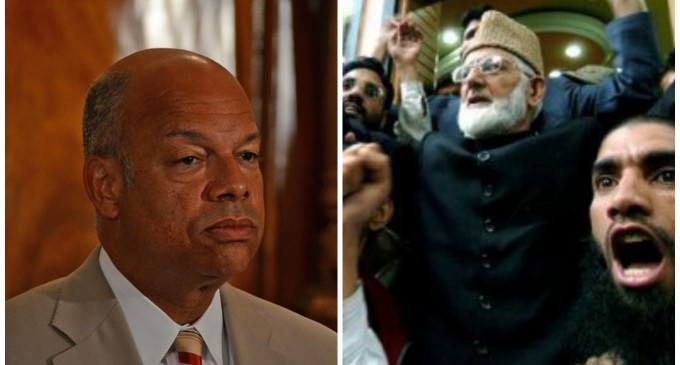 The political left has become a monsoon of lies, hypocrisy and corruption that's been chipping away at America for years. While liberal politicians, political activists and keyboard warriors preach about equality and nation building, they've been hiding some pretty sizable skeletons in their closet.

For example, the Secretary of Homeland Security, who also happens to be the second highest ranking Obama Administration official, has a relative that's being investigated for communism by the United States government.

It's relevant because the cabinet official responsible for the nation's security has vowed to protect Muslims from the persecution his grandfather endured under the McCarthy Administration in 1940s. If history has proven anything time and time again, it's that politics and grudges seldom go hand in hand.

This so “in your face” that even Democrats should be able to find the problem here. Jeh Johnson, Obama's selected Homeland Security Secretary, is comparing the discrimination Muslim's face today to McCarthyism, which was a movement to weed out communists during the Cold War.

The man can be linked to communism in less than two sentences. And he's not the only member of the Obama Administration who has ties to communism.

Read who else is tied to communism on the next page.