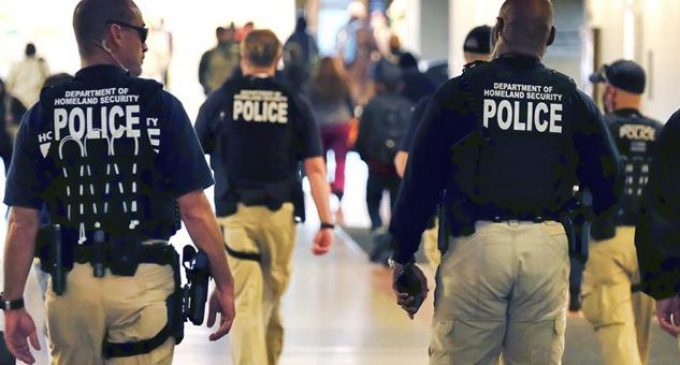 The Department of Homeland Security has taken the extraordinary step of banning Democratic staffers from the House Oversight Committee from visiting Customs and Border Protection facilities at the Southern border due to “rude” behavior and causing disturbances that interfered with law enforcement operations.

The staffers were sent last week by Committee Chairman Elijah Cummings, D-Md., to conduct “oversight inspections” and another trip had been planned. However, they will not be making that trip now DHS has revoked access to CBP facilities.

“Due to the operational burden placed on the field by their refusal to comply with instruction during last week’s STAFFDEL [staff delegation visit], CBP pulled the trip in which more site visits were to take place at CBP and ICE facilities this week,” a senior DHS official told Fox News in an email Wednesday. “DHS communicated to the committee that due to their conduct, CBP could not support visits from the committee this week.”

The Democrats claimed that they are being banned because what they discovered about the “conditions on the ground.”

That's not how the agency described it. Last week, following a visit to one of the first facilities on the committee staff's itinerary, DHS Assistant Secretary of Legislative Affairs Christine Ciccone wrote to Cummings, notifying him that due to his staff’s violations of guidelines, their planned follow-up tour could not be accommodated.

“During discussions between Department and Committee staff, however, the Committee staff repeatedly stated that they do not intend to abide by DHS guidelines,” Ciccone wrote in the letter obtained by Fox News. “In light of this, we are unable to accommodate your staff’s visit … unless we receive a firm commitment that the Committee and its staff will comply fully with all existing guidelines and policies.”

She added that the staff’s attempts to “conduct interviews and take photographs” without limitations are “a significant deviation” from DHS policy and “could jeopardize” the department’s ability to meet legal obligations.

The night before last week's visits, DHS officials had a “late-night” phone call with committee staff, urging them to “respect officers on the ground” as to not “disrupt business” at facilities.

But according to a CBP official, the committee's chief counsel, who led the delegation starting in Yuma, Ariz., “refused to leave the facility after the hour-long tour,” despite previously agreeing to a 45-minute tour at each location.