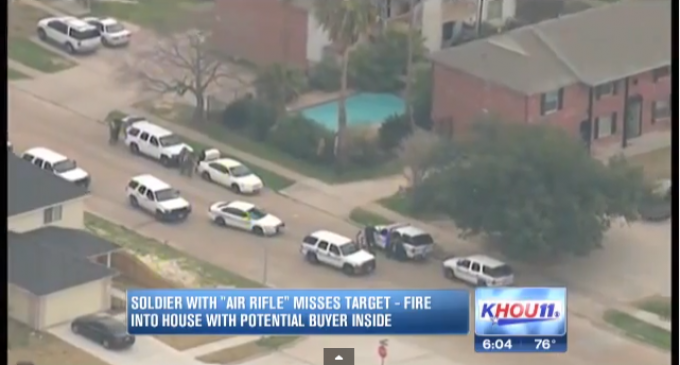 An active-duty soldier with a pellet gun had local sheriffs and SWAT called on him after a DHS agent reported him as an ‘active shooter', in Harris County, TX this past week.

So this DHS agent, instead of accurately accessing the situation, which would include actually trying to communicate with the ‘shooter' and getting a good look at ‘the gun',  panics and calls in the cavalry.

That should make one feel real good about the level of training these DHS agents get to ‘protect' Americans.