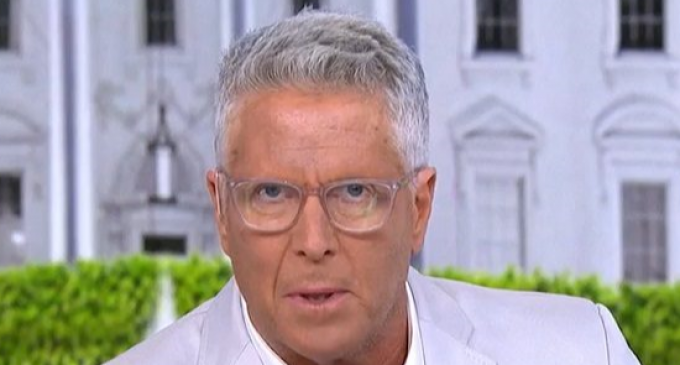 Tuesday on MSNBC’s “Deadline,” host Donny Deutsch called for protesters to take to the streets to block President Trump's visit to El Paso, TX in the wake of the mass shooting that took the lives of 20 people.

Speaking to NPR’s “Latino USA,” host Maria Hinojosa, Deutsch claimed that the President doesn't have the right to try to facilitate healing because he is the 'cause' of the violence', that he ‘has blood on his hands.'

“Maria, Donny Deutsch, being you’re down there and such a woman of passion, get the people and take to the streets with families of victims and say, we don’t want you. You don’t get to be the provocateur and the healer. We want George W. Bush and we want Barack Obama and you are not welcome here. Cause to me he has blood on his hands. So stop just complaining. Get the people together — the media will cover it—and say, ‘you cannot be a cause of a problem and then come down and wrap your arms around us.’ You are not worthy of that. You are not worthy of El Paso. So take to the streets and let the country see that you don’t want him there. We invite George W. Bush, invite Barack Obama because we need to heal,” Deutsch said.