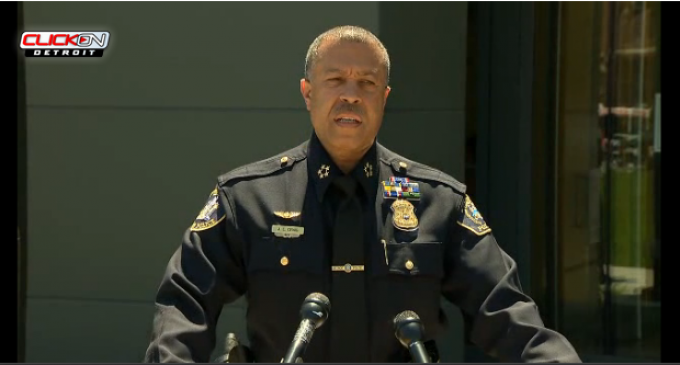 Violent crime in Detroit is on track to decrease for the second year in a row – and the city's police chief, James Craig, speaks to the 2nd Amendment as a playing a large role in this drop:

“Criminals are getting the message that good Detroiters are armed and will use that weapon,” said Craig, who has repeatedly said he believes armed citizens deter crime. “I don’t want to take away from the good work our investigators are doing, but I think part of the drop in crime, and robberies in particular, is because criminals are thinking twice that citizens could be armed. I can’t say what specific percentage is caused by this, but there’s no question in my mind it has had an effect,” Craig said.

According to The Detroit News, robberies are down in the city 37 percent compared with the same period a year ago; there have been 22 percent fewer burglaries and 30 percent fewer carjackings. The chief “attributed the drop to better police work and criminals being reluctant to prey on citizens who may be carrying guns,” The Newsreported Wednesday

This isn’t the first time <a “nofollow”=”” href=”http://personalliberty.com/detroit-police-chief-endorses-concealed-carry-for-a-safer-city/” target=”_blank” style=”color: #2255aa;”>Craig has endorsed law-abiding citizens’ ownership of firearms as a deterrent to violent crime in the hollowed-out Motor City. In January, Craig spoke at length to a group of reporters on the difference between a self-armed city and a city that relies exclusively on the government for protection.

“When we look at the good community members who have concealed weapons permits, the likelihood they’ll shoot is based on a lack of confidence in this Police Department,” Craig said then. “Coming from California [Craig was on the Los Angeles police force for 28 years], where it takes an act of Congress to get a concealed weapon permit, I got to Maine, where they give out lots of CCWs, and I had a stack of CCW permits I was denying; that was my orientation.

“I changed my orientation real quick. Maine is one of the safest places in America. Clearly, suspects knew that good Americans were armed.”

Craig’s position suggests he understands that “public safety” isn’t a goal most effectively accomplished by quarantining the job of crime prevention to a limited class of law enforcement officers. Rather, his views indicate he believes the people have a strength that the police, by definition, can never have.

By following a management philosophy that trusts in the people’s right to bear arms, Craig is able to more fully use Detroit’s law enforcement for the purpose to which any organized law enforcement entity is best suited: reaction and response.

“… [W]hether five minutes or seven minutes, the issue is simple. You know, if a citizen is in danger — an immediate threat to life — even if the officer can get there, and even if the community member has the opportunity to contact police, as we all know if there’s an imminent threat to life, it happens in an instant,” he told the National Rifle Association’sAmerica’s 1st Freedom blog last month.

“At some point, are you going to ask this violent predator, ‘Can you wait a few minutes so I can make this 9-1-1 call?’ It’s just like an officer confronted with an imminent threat to their life. Certainly we want our officers to notify dispatch and seek backup when confronted with a dangerous situation, but sometimes it happens in an instant and an officer has to respond. It’s certainly not saying we can’t do our job; it’s saying we can’t be on every block, every corner, every minute of the day to be able to respond in seconds when someone is confronted with a dangerous situation.” 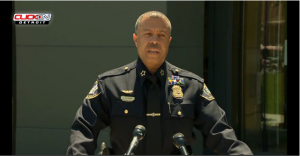