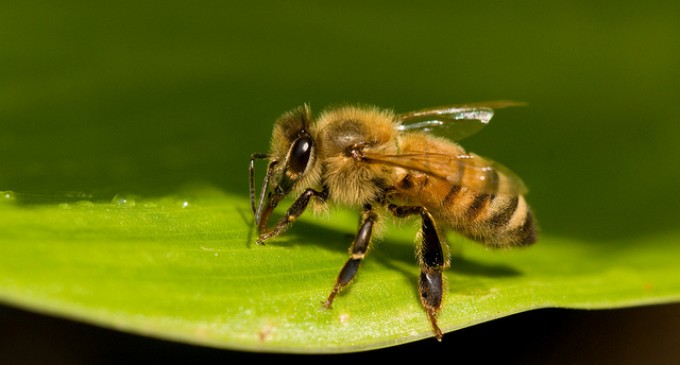 ILLINOIS: Terrence Ingram’s Roundup-resistant bees have been illegally seized by the Illinois Agriculture Department, according to Prairie Advocate News. The Department nabbed Ingram’s privately-owned bees without warrant and before the court hearing could decide on the matter. 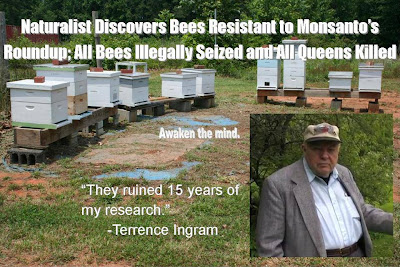 Behind the obvious violations of his Constitutional rights is Monsanto. Ingram was researching Roundup’s effects on bees, which he’s raised for 58 years.  “They ruined 15 years of my research,” he told Prairie Advocate, by stealing most of his stock.

“During a routine inspection of your honeybee colonies by … Inspectors Susan Kivikko and Eleanor Balson on October 23, 2011, the bacterial disease ‘American Foulbrood’ was detected in a number of colonies located behind your house…. Presence of the disease in some of your colonies was confirmed via test results from the USDA Bee Research Laboratory in Beltsville, Maryland

The benefit to Monsanto is clear, as the resistant bees and the research they back up could pose a threat to Monsanto’s GMO products. The real question is, why is the Department of Agriculture acting on Monsanto’s behalf and seemingly outside the law?