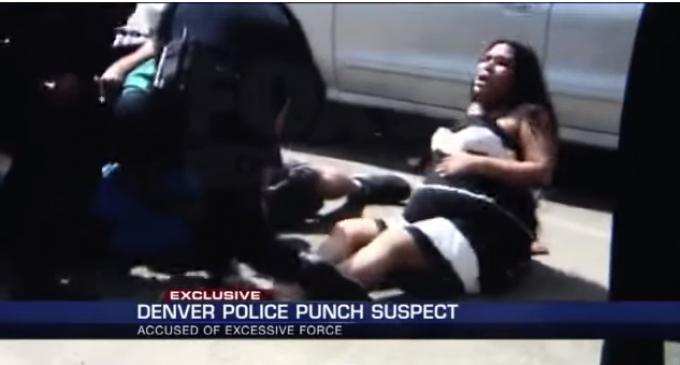 This is a clear case of police brutality as the cop in the video, Charles Jones IV, is seen punching an unarmed suspect, David Flores, in the face six times, simultaneously smashing his head into the cement.

Moments later, Jones tripped the man’s seven-and-a-half-months pregnant girlfriend as she approached the scene to beg the officer to stop, which caused her to fall to the ground stomach first.