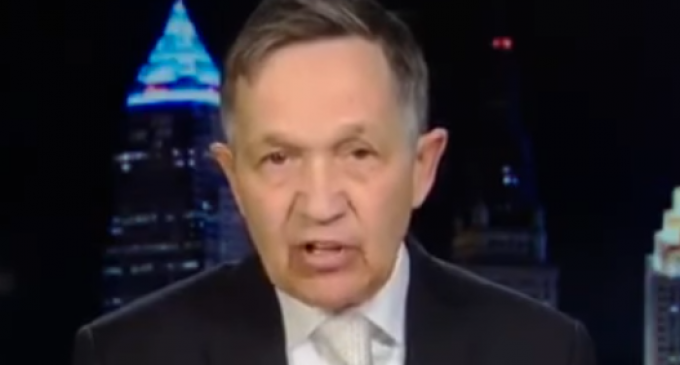 Former Democratic congressman and presidential candidate Dennis Kucinich isn’t happy about the Michael Flynn controversy — but not for what you might think.

Last week, it was revealed that Michael Flynn had lied to the Trump administration about his previous communications with Russian officials. On December 29, 2016, before Flynn had begun work as National Security Advisor, Flynn took a phone call from Russian ambassador Sergey Kislyak. Flynn assured the White House that no official business was conducted on the call — a claim that we now know is not true.

Democrats immediately overreacted to the news. Disgraced former newsman Dan Rather claimed that the development “may become the measure by which all future scandals are judged,” and that the controversy might eclipse even Watergate. CNN political commentator Sally Kohn offered a “straightforward” solution on Twitter:

But not all Democrats are targeting Trump and his administration for the controversy. Kucinich thinks the real story controversy might be developing within the intelligence community.

See what he thinks the intelligence community is up to on the next page: