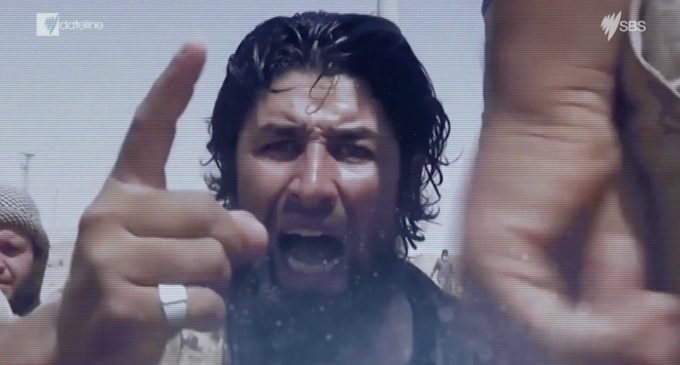 Europe is literally, literally, taking advice on how to deal with ISIS from Madonna. Consequently – warning – as a result of Madonna’s influence on counterterrorism programs, this piece will inadvertently contain pink hat references. And not surprisingly whenever that is mentioned in connection to counterterrorism the name of Barack Hussein Obama is never far behind.

Denmark is embarking on a new diplomacy strategy to stop the radicalization of jihadists. Like that old country song says “save a horse, ride a cowboy”. Why deploy the war horses when you can just get screwed instead? Obama has rubbed off on Denmark. Now that he is off running the Department of Shadowy Endeavors, Denmark has decided to pay homage to the man who took this Madonna led diplomatic fad to new levels by starting the “Hug a Jihadist” campaign. O and behold, see, we’ve solved the migrant rape problem too while we were at it. If the jihadist need hugs, they probably need lovin too, courtesy of the subjected bent over citizens of Denmark of course. With the exception of Madonna, Obama, and perhaps even Michelle. Who would probably be eagerly signing up their pink hats or the equivalent and using up those frequent flier miles if it meant getting their hands on some good young Muslim men fighting for ISIS. But, problem solved, right? Isn't it great to be a jihadist in the West? Yay!

Punch me in the face. Tell me this isn’t real. You do realize where this is leading right? That it is on the U.S. front doorsteps? You have to read what ALL IS GOING ON IN DENMARK right now. As to segue from slightly lewd country songs to classic English literature – something is rotten in Denmark, it’s coming to the U.S., and it’s all on the next page