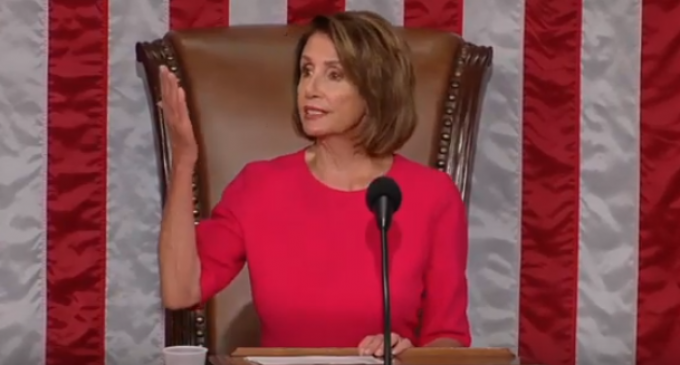 House Democrats have developed quite a whopper of a spending bill to end the partial government shutdown. Not only does it not include any funding for a border wall, it appears that what it would fund are coercive abortions and involuntary sterilizations around the world.

On Thursday Democrats reclaimed power in the House put Nancy Pelosi back into the speaker’s chair, putting her second in line to the presidency. While there was initially talk of doing away with the old Democratic guard in the end opposition to Pelosi was nominal – she earned 220 votes with Republican leader Kevin McCarthy having won 192.

In an interview for the Today Show, which aired on Thursday, she said that impeachment or even indictment of President Trump are open questions.

“Many Democrats are talking about impeachment. You’ve said it would be sad and divisive for the country to pursue impeachment. Are you willing to rule it out?” anchor Savannah Guthrie asked.

When Guthrie asked Pelosi if she believes a sitting president can be indicted Pelosi responded:

Turn the page for details on what Democrats are trying to slip into the funding bill.