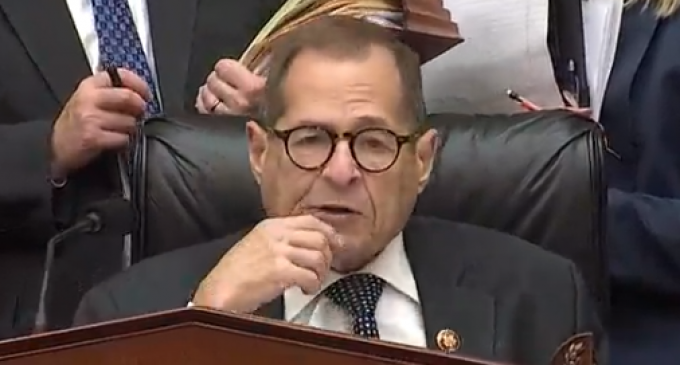 The new effort to create such laws comes on the heels of recent mass shootings in the U.S. Considering that mass shooting constitute a very small percentage of all shooting deaths in America and that 80% of all deaths involving firearms are gang-related, Rep. Ken Buck, a Colorado Republican, introduced an amendment that would target gang members with the so-called Red Flag Laws. The amendment was rejected by Democrats

“The majority of violent crime, including gun violence, in the United States is linked to gangs,” said Rep. Buck on Wednesday. “My amendment is quite simple. It would allow the issuance of a red flag order against anyone whose name appears in a gang database if there was probable cause to include that individual in the database.”

Democrats objected with reasons that sounded very familiar to Republicans.

GOP lawmakers have staunchly opposed “No Fly, No Buy” proposals Democrats have tried to pass in the House in recent years because the lists flag the wrong people.

Like the no-fly lists, which have erroneously flagged many innocent individuals as terrorists (including the late Sen. Ted Kennedy), the gang databases are often inaccurate, Democrats said.

“You know, California had these databases, and they finally stopped when they discovered that they had 3-year-olds on the databases as gang members,” Rep. Zoe Lofgren of California said. “I mean, so some of these are reliable, a lot of them are not.”

Buck pointed out his amendment requires law enforcement to limit red-flagging to only those with probable cause to be included on the list, which is a stricter criteria.

Democrats kept objecting, arguing someone could be misidentified as gang members simply for writing “13” on a piece of paper and having it wrongly identified as an MS-13 gang sign.

“Maybe you are just doodling because it is the 13th of June,” Judiciary Committee Chairman Jerry Nadler of New York said.

Buck said police have to meet a much higher threshold to list someone as a gang member.

“This is a situation where the police officers are trained, and there are very identifiable signs, and it isn’t just one sign,” Buck told Nadler.