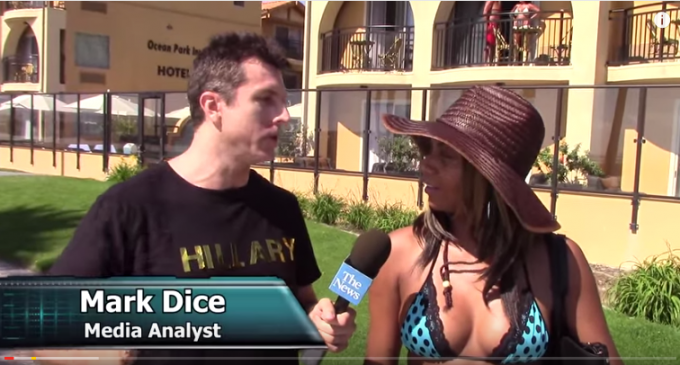 Much like Jay Leno used to do “man on the street” interviews to show the hilarious ignorance of the general public, Mark Dice goes around San Diego talking to Liberals, Progressives, Democrats or whatever they are trying to rename themselves each day.

He asks massively politically incorrect questions, inferring the opinion is from Hillary or Obama. No matter how odious or conservative the proposition is, the interviewees absolutely agree with it…simply because Hillary’s name is attached. They never actually think about the question. Watch the video on the next page and be prepared for a good laugh: