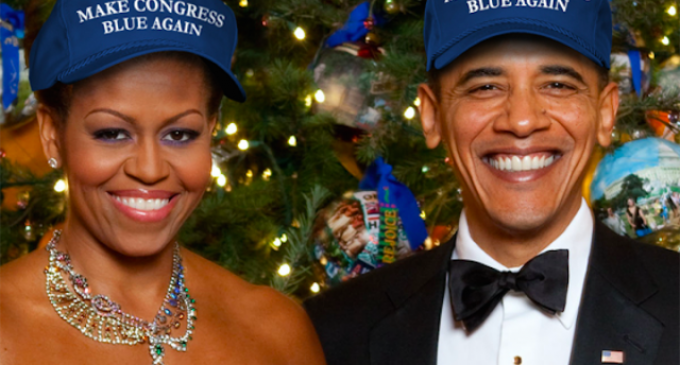 In their efforts to derail the speeding locomotive that is Donald Trump's presidential campaign, the Democratic Campaign Committee (DCCC) has come up with a strategy so diabolical and original that they're tipping their hats to each other . . . so to speak.

In their efforts to raise money for the 2016 House races, the DCCC has come up with their own version of Donald Trump's infamous “Make America Great Again” hat. Their version of it is blue and says, “Make Congress Blue Again”. Unlike the various other attempts by outside groups to troll Trump, the DCCC's hat looks like a true effort to appropriate a slogan that has proven quite effective. It would seem they're finally using their heads.