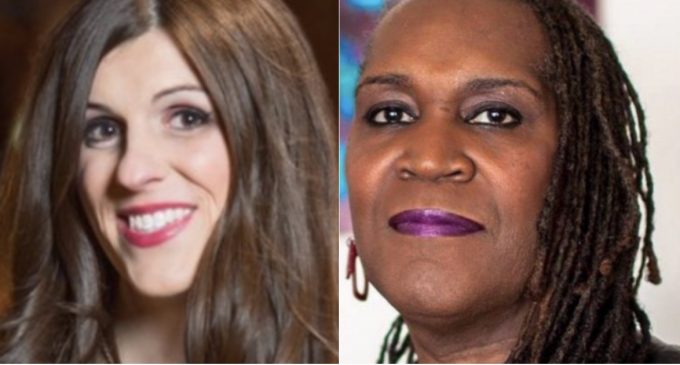 The political landscape continues to be less inclusive as the days go by and it appears that pretty soon white straight, cisgender men won't have a place within the Democratic Party.

A few weeks ago, a memo that was circulating through the Democratic National Committee (DNC) actually telegraphed that exact message.  Sadly, it is more likely that white men will be eventually completely excluded from the club that only “Black and Brown” people may belong to and white women, beware.  You are next.  Once the straight, White, cisgender men are completely exiled and no longer allowed a place in the Democrat Party, they will most certainly be telling White women to be checked at the door for white privilege and, if they deem them “too White,” they too will be extricated from the Party.  Fear not, though.  We won't be the last.

In fact, just wait until the Asians catch on that they have not been included in this mix.  Pretty soon, they will be tip-toeing around behind the cameras, wondering when it will be their turn to face “Yellow privilege.”  Don't laugh.  I'm quite sure that Democrats have already been bandying that about and if it hasn't already been broached, it soon enough will.

For the time being, though, both White women and Asians are safe because the real focus of these most recent elections is the transgender candidate.  Read on the following page about the two transgenders who have won their political battles and the Left just can't seem to stop talking about them!