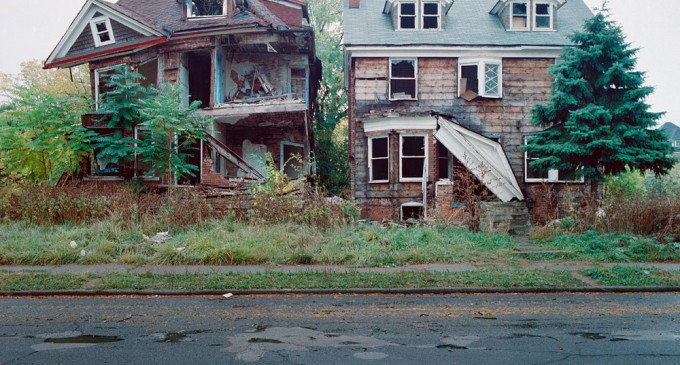 With over 50 years of Democrat's ruling Detroit, one would think a city helmed by the American left and populated with union workers would be the centerpiece of what an American city should be, if liberals are to be believed that their thinking is best for America.

There should be equality on every street, plentiful jobs where evil CEO's pay the workers a union bargained salary and education should be second to none because nobody runs public education like the democrat party.

Strangely, none of this has taken place. Detroit has been flushed down the toilet, bankrupted. It's unions destroyed by foolish ham-fisted toughs who pretended to be “negotiators” but turned out to be dorks who let collective bargaining die slowly as they collected inflated salaries. The schools are warzones, the neighborhoods are crumbling and all the while more democrats get re-elected.

Nothing will change there, until people stop voting for democrats.

Colleges suffer greatly too under the weight of left-wing ineptitude. In fact, no institution run by Democrats is demonstrating the power of their Utopian fictions.

See the next page for more on disastrous democrats ruining all they touch.