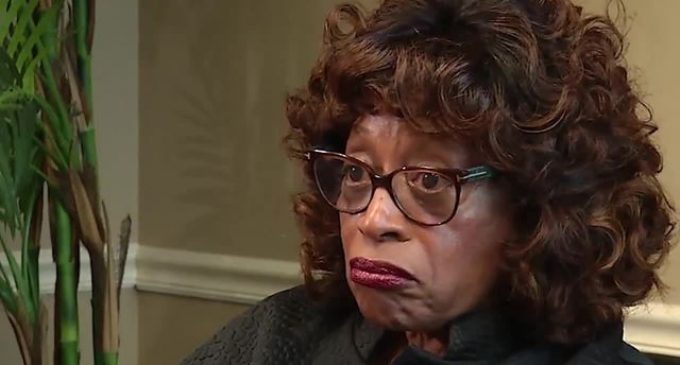 Former Democratic Congresswoman, Corrine Brown, was found guilty in 18 of the 24 corruption charges leveled against her in court.

Each of those charges carries a possible sentence of 20 years. The charges range from conspiring to commit mail fraud, lying on financial disclosure forms, lying to the IRS, stealing money from a charity claiming to give scholarships to disadvantaged students, and altering information on tax returns.

Most people would likely express guilt or remorse for stealing from kids. But, not Brown. She remained emotionless and stoic as the judge read the verdict. Brown maintains she is guilty of nothing more than “careless bookkeeping.” She describes the court’s verdict and the trial as being a “witch hunt.” It’s interesting to note however that Brown is at least self-aware enough to describe herself as a witch.

And you can’t really blame Brown for being upset she got caught. She created a charity designed to help her and her friends get richer by claiming to care about disadvantaged minority youth. A classic liberal ploy. Most of her friends and fellow party members are doing the same thing. Just look at the Clinton Foundation.