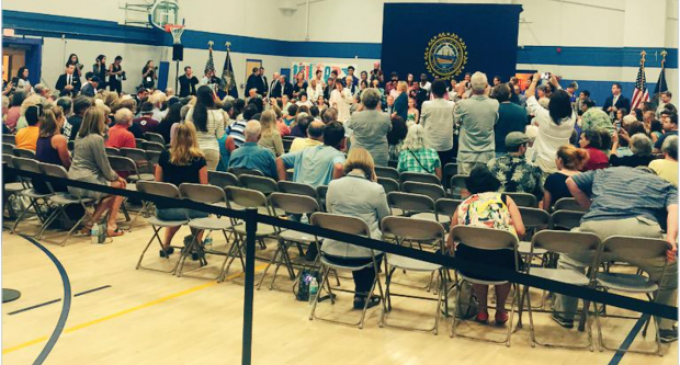 Democrats — especially Hillary Clinton — have been doing their best to pander to voters in the 2016 election.  Both candidates in the Democratic primary face two distinctly different sets of problems.  For Hillary Clinton, the problem is enthusiasm.  While she remains the likely Democratic nominee, Democratic constituents just are not passionate or excited about the milquetoast candidate.  Her potential legal problems aside, many voters — even on the left — see Clinton as a corrupt, pandering, flip-flopping opportunist.

Bernie Sanders' campaign has no shortage of enthusiasm.  Sanders' supporters rabidly support the seasoned socialist in his free stuff extravaganza.  If you look on social media, the number of Bernie Sanders posts is only rivaled by those of Trump supporters.  While the socialist senator is not short on enthusiasm, he is short on numbers.  At the end of the day, the sheer number of reluctant Hillary Clinton voters will likely be too much for Sanders to overcome.

All of this has led to low voter turnout on the Democratic side — and the numbers prove it.  To read about how Democratic primary voting has plummetted from 2008 and what it could mean for the general election, continue reading on the next page: