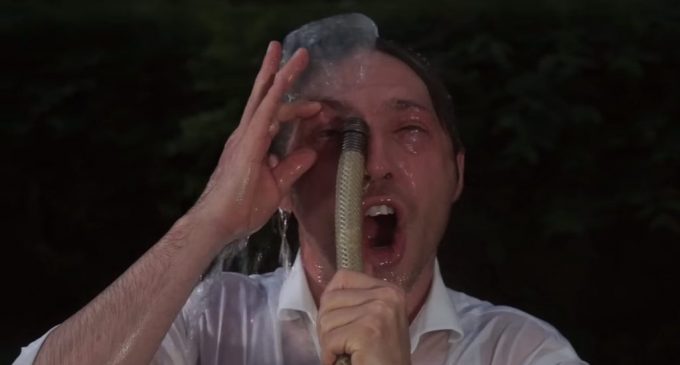 House candidate Levi Tilleman (D-CO) has released a campaign ad in which he pepper sprays himself in the face in order to promote gun control.

Tillemann is attempting to impress voters before the party’s primary, which is less than two weeks away. He has criticized President Trump for his suggestion to arm teachers with guns and is putting forth the idea that pepper spray is a much better alternative to stop school shooters.

You know, because school shooters are allowed to wear masks and must come when you call them over.

“I’m calling on Congress to stop talking past each other and try something new,” Tillemann says in the roughly two-minute campaign ad titled “This Will Save Lives”. “Empower schools and teachers with non-lethal self-defense tools like this can of pepper spray.”

“Pepper spray doesn’t cost much and it can be safely stored in a break glass in case of emergency cabinet. But it’s powerful and won’t accidentally kill a kid.”

“Trust me, this will stop anyone in their tracks,” Tillemann says as he sprays himself.

Check out this comical video on the next page: