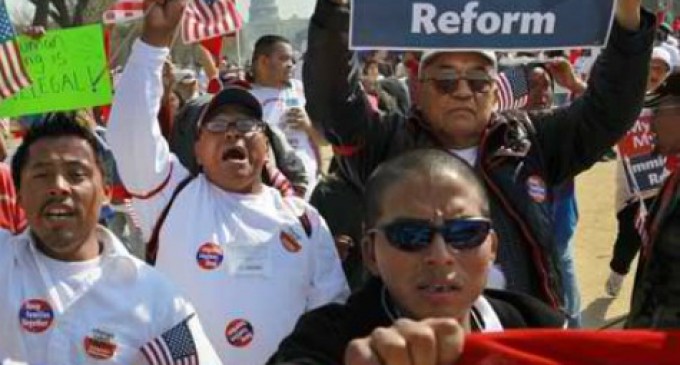 The argument is that we are already paying for healthcare costs for illegal immigrants so why not make them citizens so they can enroll in Obamacare.

Rep. Jared Polis (D-CO) must be on drugs or just brain dead.

Obamacare is a complete disaster and he’s looking for that as a solution?

This is the same democrat that wanted Obamacare waivers for some of the country’s wealthiest patrons of ski resorts.

A Colorado Democrat who wanted Obamacare waivers for some of the country’s wealthiest patrons of ski resorts wants the law’s individual mandate to apply to today’s illegal immigrants, which can only happen if they are given a pathway to citizenship.

Rep. Jared Polis (D-CO) said on Friday that the House should pass comprehensive immigration reform with a pathway to citizenship for all of the country’s illegal immigrants so they could get on Obamacare.

“American citizens are essentially being forced to pay for the health care costs of people who are here illegally every day, until we pass comprehensive immigration reform,” he said. “We’re wondering why rates are going up… It’s no surprise. When somebody doesn’t have insurance, their costs are shifted onto other people that do.”

Last month, Polis said he would ask for Obamacare waivers for residents of some of the wealthiest ski resort town in his state of Colorado. As the Washington Times noted, “illegal immigrants are one of the few categories of people in the U.S. who aren’t subjected to Obamacare’s individual mandate requiring all people to have health insurance coverage.” Illegal immigrants also “aren’t eligible for taxpayer subsidies” to buy Obamacare on the insurance exchanges.

Polis said if the House can pass a pathway to citizenship for the country’s illegal immigrants, “people who are here illegally will have to get insurance on their own instead of forcing Americans to pay for their insurance.”

This week, House Speaker John Boehner (R-OH) and other House leaders ruled out going to conference on the Senate’s immigration bill this year, but those who are championing a pathway to citizenship for the country’s illegal immigrants–like Sen. John McCain (R-AZ)–have indicated they will make one more push for the legislation after the Republican primaries next year.

The Congressional Budget Office determined that the pathway to citizenship provision in the Senate’s immigration bill would lower the wages of working class Americans and “end up costing $82.3 billion over the next decade in higher Obamacare subsidies.”