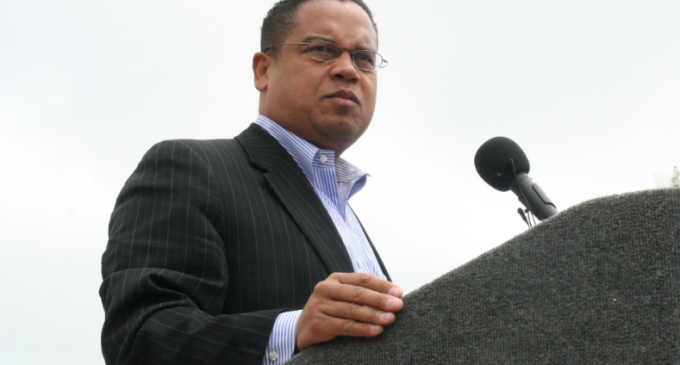 One Democrat Congressman compared Donald Trump to King George this week — and the insinuations that come with the comparison are both enlightening and dangerous.

George III of the United Kingdom presided over Great Britain, Ireland, and the American colonies during the American War of Independence. It was his abuse of power — and a lack of American representation in his government — that led to the uprising that would eventually unshackle the colonies from British rule.

In other words, he was a tyrant that we had to fight a war against in order to be free.

On NPR this week, Democrat Rep. Keith Ellison compared Trump to George III, suggesting a war could be necessary to free ourselves from Trump's democratically elected position. It's just the latest nonsense to come from a Democrat who can't accept the fact that Trump — not Hillary Clinton — is President of the United States.

See why he thinks Trump is like George III on the next page: