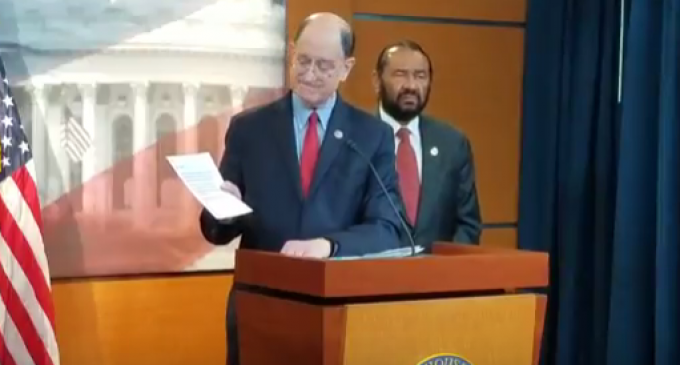 Democrats are about to make a big mistake — several liberal lawmakers are now beginning an impeachment process against President Donald Trump.

Of course, this mistake is happening only because Democrats made an even bigger mistake last year. By nominating Clinton — perhaps the worst campaigner in modern presidential history — they gave up an election that most polls said was theirs to lose.

Now, despite zero evidence of a crime, angry liberal lawmakers are trying to undo that election by impeaching the man that beat their candidate.

Even the hyper-partisan Nancy Pelosi seems to acknowledge that this is a mistake. In a recent interview, she said that impeachment-happy Democrats don't have facts and that they were “just participating in more hearsay.”

But that isn't deterring Rep. Brad Sherman from moving forward. See what facts he thinks warrant impeachment on the next page: