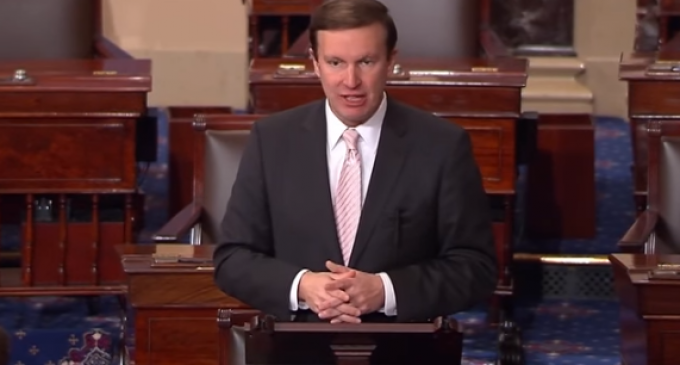 The Authorization for Use of Military Force passed by the Senate is a rewrite of the Constitution's War Powers clause and grants the President broad authority to deploy ground troops almost everywhere in the world, including the United States. That's the warning being voiced by Democratic Senator Chris Murphy in response to the AUMF bill proposed by Majority Leader Mitch McConnell.

The bill would grant the president overwhelming control over where the US forces are deployed, which is scary for two reasons. The first is the obvious threat to American citizens' rights. If the military can be sent to an American city based on loose justifications, they could be used to impose martial law and even empower a police state that has already grown too powerful.

The second reason is the plain call back to Manifest Destiny. Americans do not want to police the world. If the European Union is too busy handling the migrant crisis and Russia has finally come to terms with the harsh economic reality that their country is on the brink of collapse, it would leave the United States to ensure the sovereignty of all democratic nations. A solution that nobody would want.