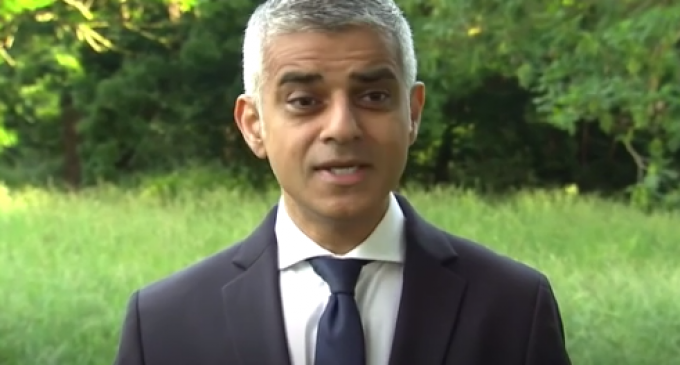 Still a neophyte in the world of big-time mayors, Sadiq Khan of London is making his share of rookie mistakes over the past few months.  While it's no walk-in-the-park to be mayor of one of the top five largest cities in the world, it certainly requires a person to be as diplomatic, as wise, and as informed as the Prime Minister or the President.

Khan has demonstrated that he lacks diplomacy, is certainly not King Solomon, and that he is ill-informed about major remarks that the has delivered to his city and the world stage.  Perhaps it is the fact that he may have grown up on reruns of Monty Python's Flying Circus (not likely) or that he was catapulted into stardom due to “other” qualifications by a willing and zealot-laden Leftist political environment.

Just the other night, I was watching the UK Debate of a stage that was nearly as populated with candidates as the Republican Primary here in the U.S. (yes, I was actually watching the British argue and it is a-dorable!)  As I viewed this spectacle in polite anger and listened carefully to the lone voice of reason there, Paul Nuttall, and saw the reactions of nearly all of the others as they feigned outrage at his comments about Muslims, I was reminded so much of Donald Trump.  It was also pretty hilarious to read the comments along the margin of the site as people were calling Nuttall every name in the book.  And of course, following suite the next day, the Leftist British press (with a massive helping hand from the Leftist American press) proclaiming Labour party-guy as winning the debate and Nuttall not even in the top five running.

As for Khan, he exists in this Leftist utopian vision of what England SHOULD be, but is far from it.  He was made London's mayor because Progressive conventional wisdom is that if you appease terrorists and kiss this collective arses, you will be spared of the filth and degradation of terror and gore and destruction.  We in America understand that and, to their credit, so do the citizenry of Britain (or else Brexit would never have occurred).  So how does a man whose seemingly noob-background in the world stage appears to be quite inadequate to deal with this major issue get the job in one of the most powerful cities on the globe?

Read on for revelations into the Muslim Mayor of Jihad Central…