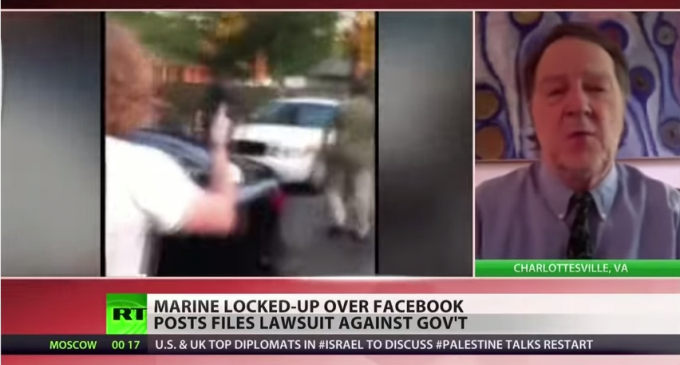 Decorated Marine Brandon Raub was arrested in 2012 for posting “controversial song lyrics, conspiracy theories related to 9/11 and talk of upcoming revolution” on Facebook. He wasn't charged in a crime, but was forced to undergo psychological testing. A judge released him after a week stating there was no credible reason to hold him.

He has filed an appeal last month to have his lawsuit against authorities revived.