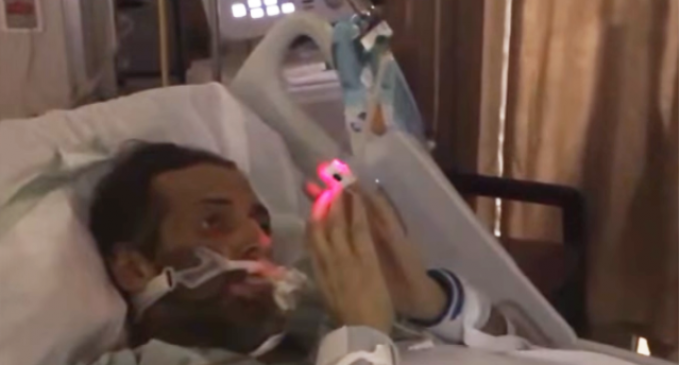 Do not get sick in Texas!  You have no right to live, no due process, no appeal, if the hospital death panel decides your quality of life is not worth sustaining.

The Texas statute, section 166.046, has come to light because Chris Dunn, a conscience, communicative patient will have his breathing machine turned off, nutrients cut off and will be administered a dose of morphine and one other drug that will take just three to five minutes to kill him, if his lawyers cannot get the courts to stay this death sentence.

Christopher David Dunn, a former peace officer, as well as a Homeland Security officer, is 46 and on life sustaining machines at Houston Methodist Hospital.  He is fully conscience and can communicate by making hand gestures, much like sign language, and nodding his head.  When he became sick he had no health insurance.  A noncancerous mass was found by his small intestine and pancreas, which is affecting his liver and kidneys.  For eight weeks he has been in the hospital.

Follow his story on the next page, as he literally fights for his life, because apparently, without insurance he does not deserve to be helped, it is cheaper to kill him according to Houston Methodist Hospital.