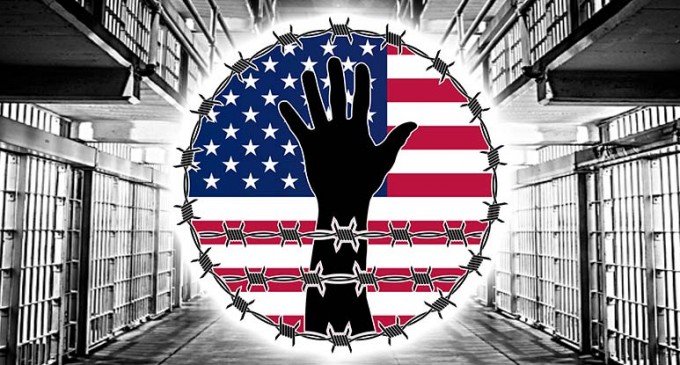 It is statistics like this that makes it abundantly clear that the criminal justice originally envisioned by the Founding Fathers has become a farce, a parody of what it used to be. A horribly unfunny parody at that.

There are 2.2 million Americans currently behind bars, for whatever reason, today. While such a statistic might be read as indicating 2.2 million criminals are imprisoned, consider this: out of these 2.2 million, around 2 million have never received a trial, fair or unfair, for their alleged crimes.

That means that only 3% of the people in American prisons have actually been found guilty before their peers of breaking the law. The rest, only God and the government know because they've never been brought before independent juries and judges.

It is entirely possibly that some, or even a lot of the people currently being held without trial have committed crimes, but this is exactly why the Constitution guarantees the right to a fair and speedy trial. That way, the guilty are punished and the innocent are protected, instead of having the innocent lumped in with the guilty and treated as such.

Read more about this appalling development on the next page: