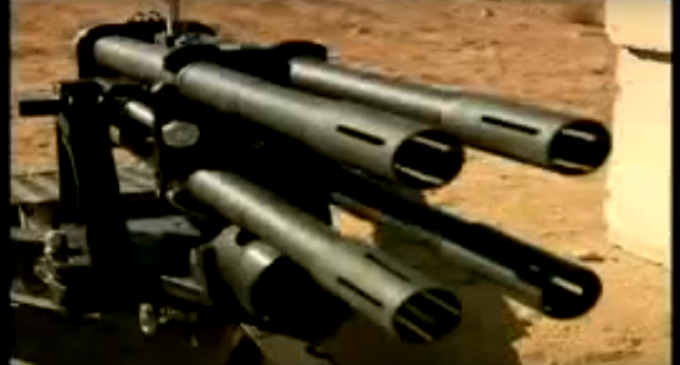 As liberals continue to push their aggressive agenda to keep guns and ammunition out of the hands of the American people, a company called Metal Storm as created a gun that fires sixteen thousand rounds a second.

Think about that. In the time that it would take somebody to process the fact that they're being shot at, they would already be dead . . . several times.

In addition to the removal of the mechanical firing mechanisms you would find in a normal gun, the Metal Storm uses an electronic firing system that reacts at unheard of speeds. This system sends a series of signals from the trigger to the bullet, igniting it and firing it from the barrel.

And there's also the lack of your typical loading system. Instead of placing the ammunition in a clip that loads the bullets upwards into the chamber, all of the ammunition is placed in the barrel right behind each other.

See the metal storm in action on the next page.