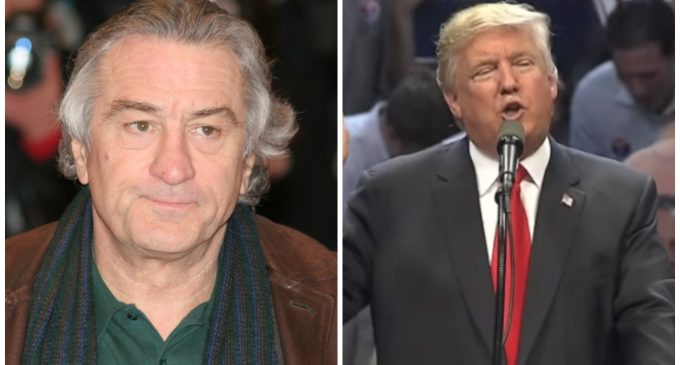 Robert De Niro took a different tone when asked about Donald Trump this week, during the Presidential Medal of Freedom ceremony. If you'll recall the comments he made about Trump during the campaign, just before the election, they weren't exactly the kindest or most temperamental things that could be said about the president elect. In what seems to be a typical liberal approach to politics, he threatened violence against Trump by saying that he would love to “punch Trump in the face.”

Find out exactly what he said on the next page.