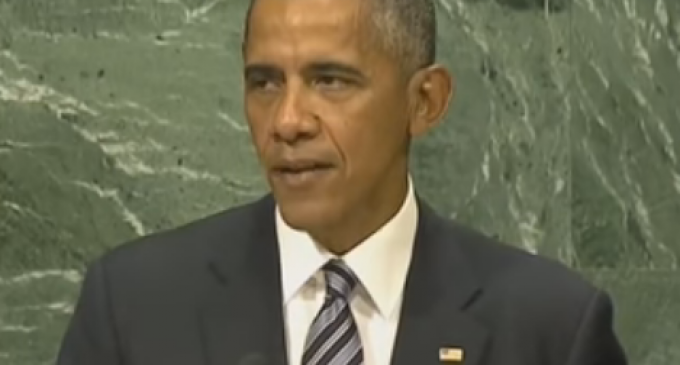 Barack Obama has always been a power-hungry executive. After a Republican congress finally began denying Obama his agenda in 2014, the president's true character was revealed. Rather than compromise with congressional Republicans — like his Democrat predecessor Bill Clinton — Obama instead began to rule by executive order.

But there is one area in which Obama seems fine ceding power — when the authority would be transferred to another country or the global community.

Obama may want an all-powerful federal government, but he's more than comfortable letting America's position as the world's premier superpower diminish before his eyes.

Now, Obama is poised to surrender the internet to the ‘global community' — a move that seems to be happening at the tech industry's urging — see how much time we have left before the Internet is lost to the United Nations: