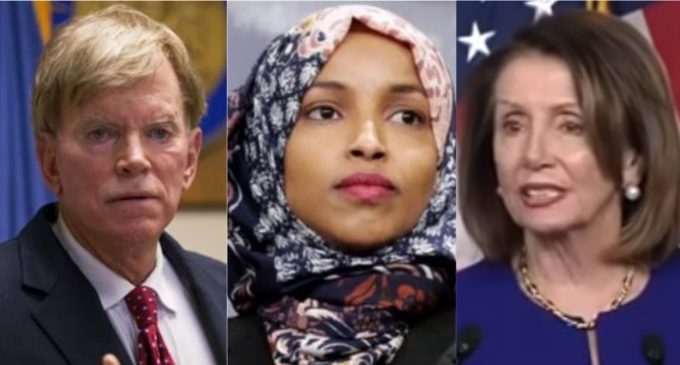 Speaking before reporters on Capitol Hill Thursday, Pelosi after asked if Omar should apologize, said, “It’s up to her to explain. I do not believe she understood the full weight of the words.”

She continued, “When you’re a congressman you are an advocate out there, who I was. I appreciate all the enthusiasm. I told you that before. That was me pushing a stroller and carrying those signs. I understand how advocates come in with their enthusiasms. But when you cross that threshold in the Congress, your words weigh much more than when you’re shouting at somebody outside. And I feel confident that her words were not based on any antisemitic attitude. But that she didn’t have a full appreciation of how they landed on other people where these words have a history and a cultural impact that might have been unknown to her.”

New: @SpeakerPelosi said the resolution condemning anti-Semitism to be broadened to include more groups and will be drafted by the @HouseForeign. @Ilhan, who is accused of tweeting anti-Semitic comments and was veiled subject of resolution, is a member of the panel.

Continue on the next page to see David Duke's endorsement of Omar.