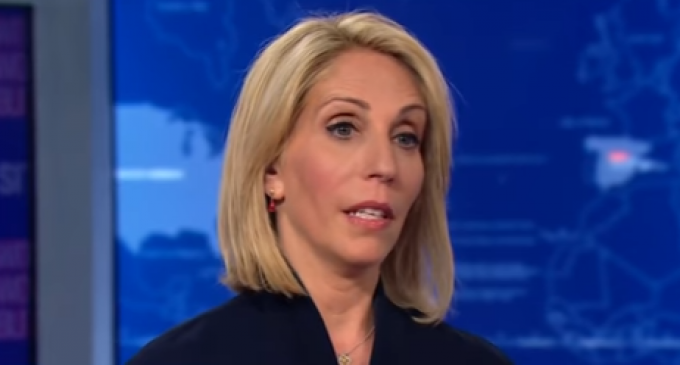 CNN is apparently very concerned for the Republicans in Congress.  Dana Bash in a heartfelt and completely unbiased bit of reporting and simultaneous cathartic release, remarked about how terrible it must be for the poor Republicans in Congress who are just “begging” for a crisis-free hour with this president.

Responding to the EXPLOSIVE (her word, not mine) revelations coming out of the mind of James Comey as he “apparently” left a paper trail of the moment-to-moment thoughts in his head regarding how the president “obstructed justice” by demanding that Comey pledge loyalty to him and then harassed him for information dealing with the investigations that were pending against him.

Bash was incensed at the EXPLOSIVE nature of the story as it EXPLODED on the scene.  Her eyes bulged as she claimed that the president was in deep, deep trouble due to these notes that Comey has produced regarding his interactions with the new president.

The CNN host goes on to quote the old reliable Grey Lady, New York Times, which despite promises by its editor-in-chief last year to be more “truthful” and “forthcoming” instead opted to don its dyed-in-the-wool blue dickey and begin the drumbeat anew yesterday morning.  Bash was very excited to report that this first memo by Comey could be “just the tip of the iceberg, that Comey created many memos after speaking with the president.

According to Bash, Comey created this paper trail to “protect himself from exactly what happened last week.”  If she is referencing the “firing” by Trump, I'm not a hundred percent, but pretty sure that the memos DIDN'T protect him from that.  Amazingly, the Lefties are all in full-on meltdown mode, we must remember, in defense of a man that they, just a few short months ago, would have taken down to the local Planned Parenthood and had him “snipped” for his re-opening of the Hillary Clinton email ACTUAL OBSTRUCTION OF JUSTICE case featuring permanent destruction of federal evidence.  But I digress, Ms. Bash, if that is in fact your real name.  Please continue: