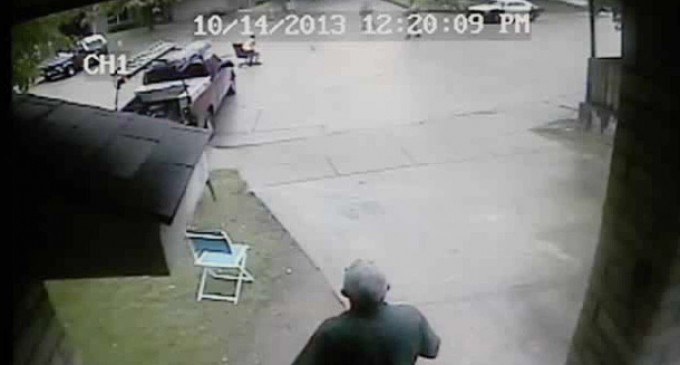 The police in this country are getting WAY out of hand. Incidents of abuse by the police are skyrocketing!

A cop in Dallas sot a mentally ill man, Bobby Gerald Bennett, for no reason whatsoever. The cop claimed he was being threatened with a knife, but as you can see in this video, the man was standing with his hands by his side presenting no threat whatsoever.

But officer Cardan Spencer shot him in the stomach 4 times anyway.

In the just last decade the number of people murdered by police has reached 5,000. The number of soldiers killed since the inception of the Iraq war: 4489.

Dallas Police Officer Cardan Spencer, 27, said he had to shoot Bobby Gerald Bennett, 52, four times because Bennett, a mentally ill man with a history of crime, verbally threatened the police and was coming towards them with a knife at the ready. Under those circumstances, a police shooting would be valid. The problem for Spencer is that a surveillance video shows that, rather than charging the police with a knife, Bennett first backed away and then just stood there, with his hands at his side, before crumpling to the ground, his abdomen riddled with police bullets.