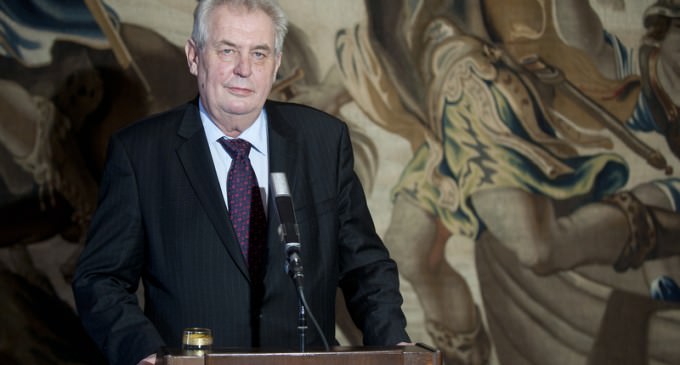 It is astounding how differently some leaders react to the ongoing scourge of radical Islamic terrorism facing Western civilization today.  Some leaders — such as Barack Obama and German Chancellor Angela Merkel — have responded to terror attacks by sticking their heads in the sand, blaming “right-wing xenophobes,” and pretending that Islam has nothing to do with the motivations of groups such as ISIS and Al-Qaeda.

There are also leaders like Israeli Prime Minister Benjamin Netanyahu.  Netanyahu has never failed to clearly identify the threat radical Islamists pose to his nation's very survival.  Conservative politicians throughout Europe have been branded by the left as intolerant bigots for proposing stricter measures on those seeking refugee status from terror-laden areas.

Following recent ISIS terrorist attacks in France, Belgium, and Germany, Czech President Milos Zeman has reversed his previously held beliefs in strict gun control policies.  To more about how the president of one of Europe's most populated countries is calling upon citizens to arm themselves — as Barack Obama and Hillary Clinton seek to abolish the Second Amendment —  to protect themselves from terror threats, continue on the next page: