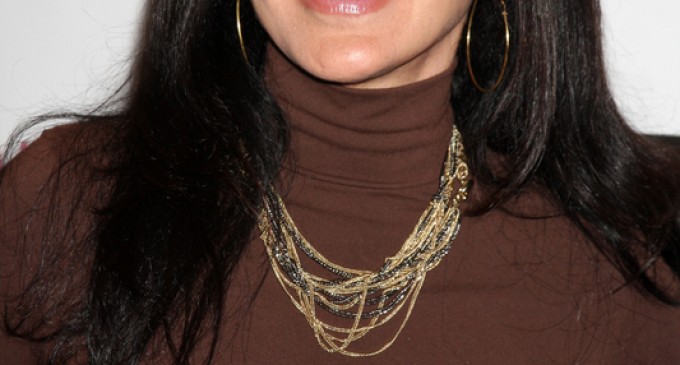 While Democrats are besides themselves with delight at Obama's trip to Cuba, some Cubans are having a very different, very negative reaction.

One such person is Maria Conchita Alonso, the Grammy-nominated actress and singer. Despite the staunchly liberal reputations of both Hollywood and the Latino community, Alonso had little good to say about the president's visit to the communist Caribbean island.

Speaking briefly with TMZ, Alonso said she didn't think Obama should have gone to Cuba because it essentially “legal[ized] a regime that has been torturing Cubans and that has not been respecting [human rights].” She added that Raul Castro and his brother Fidel respected neither human rights nor dignity, denying their citizens the opportunity to be “[themselves], to grow.”

These are strong words coming from not just somebody, but somebody for whom Obama's trip has even bigger repercussions for than most Americans. Sadly, Alonso's remarks will likely be dismissed as illegitimate or hateful by the mainstream media.

Watch Alonso criticize Obama's Cuba trip on the next page:

A refugee who originally fled Cuba after the communists took power for Venezuela, Alonso watched that nation tread a similar path under Hugo Chavez from the safety of her new home in the US. Having had the opportunity to see not one but two socialist regimes rise, it is no surprise that Alonso is doubtful about the chances of Cuba and the Castros changing:

“Alonso, who was born in Cuba and raised in Venezuela before immigrating to the United States, has been a vocal critic of the communist dictatorships she grew up under. In 2011, the singer called actor Sean Penn a ‘communist a—hole' for his enthusiastic support of Venezuelan leader Hugo Chavez after the pair bumped into each other at LAX. The singer later wrote an open letter to Penn, according to the Hollywood Reporter.

‘Being born in Cuba, a country where freedom of speech is nonexistent, it’s startling to observe how Venezuela, where I was happily raised, is fast becoming Cuba’s mirror image: Dismantling of fundamental democratic rights deserved by its people and citizens of the world,' Alonso wrote.

In 2014, the singer-actress rallied outside the White House with dozens of other demonstrators to urge the U.S. to impose harsh sanctions on the Venezuelan government.”

See the video for yourself below: