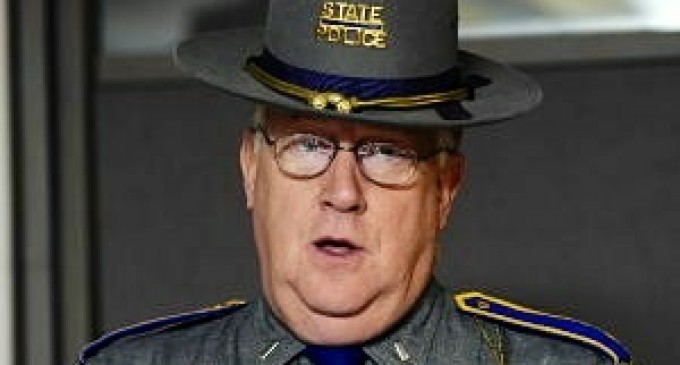 Listen to this conversation between a Connecticut woman and Lt. Vance of the Connecticut State Police about the states recently passed gun registration law that's made 100,000+ residents newly branded state felons.

She's rightfully bringing up questions about the Constitutionality of Connecticut's new law which requires registration of firearms…and Lt. Vance at every turn abdicates responsibility of protecting people rights to ‘the state'.

But worse, he reveals at the end what he really believes: that he and the government are ‘master' and we are subjugated to them.

Police in this country are becoming more militarized (we're seeing vehicles of war on American streets now), and police across the country are acting like complete thugs as we see acts of police brutality at levels never before seen.

2 – “I am the master” Lt. Vance declares as the woman rightfully tells him that taxpayers pay his salary, that the people are the ‘master' and that he should be serving the people.