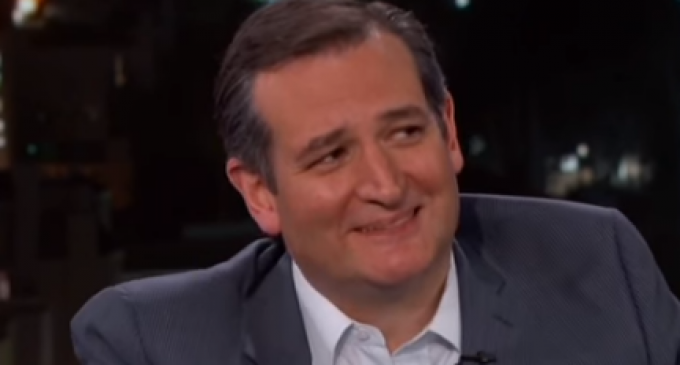 Late night TV programming has long been a way for politicians to shed their serious facade and show Americans the lighter sides of their personality. Ted Cruz obviously knows this, as he booked himself a spot on Jimmy Kimmel Live! to try to brighten his often unappealingly austere persona.

He did so by joking about killing Donald Trump.

Yeah, apparently Ted Cruz's idea of a lighthearted joke is a hearty dose of vehicular manslaughter — not exactly well thought-out PR for a man constantly battling Internet rumors that he is the Zodiac Killer.

Still, Donald Trump is just about the only public figure about you can joke about killing on national television and get away with it. Heck, at this point it seems as if the mainstream media is practically begging for it. Anything that vilifies Trump is headline worthy to the folks at CNN.

To see Ted Cruz's failed attempt at lighthearted humor, continue reading on the next page: