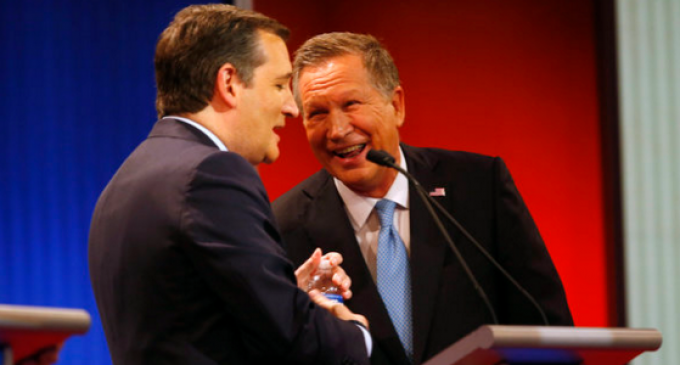 This week, Ted Cruz was mathematically eliminated from a first ballot victory at the Republican convention — a feat that fellow candidate John Kasich managed long ago. Now that both men have no shot at winning the nomination by vote, they've put aside their differences and joined forced to stop Trump from getting to 1,237 delegates, as well.

In an attempt to stop the vote-splitting that has hindered the chances of the #NeverTrump crowd, both campaigns revealed last Sunday night that they have agreed to secede many of the upcoming contests to one another.

These are the kind of backroom deals that are often talked about in politics, but are hardly ever revealed. Still, with anti-Trump animosity running so high within the GOP establishment wing, it seems some sins are willing to be overlooked so long as it takes down the billionaire businessman once-and-for-all.

To see the states from which the campaigns agreed to withdraw, continue reading on the next page: