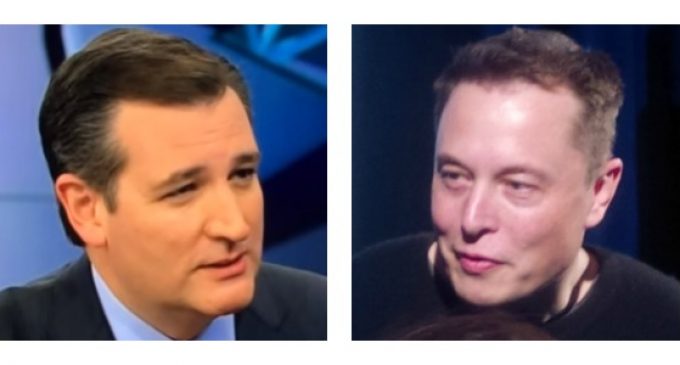 Even though he was the last man standing up to Donald Trump in the presidential primaries, Ted Cruz has proved to be a staunch defender of the president in the U.S. Senate since the November election.

In the wake of the decision by President Trump to withdraw from the Paris climate change agreement, Cruz took to Twitter and launched a broadside at entrepreneur Elon Musk after Musk posted an anti-Trump tweet.

Once their tweets hit the Internet, fervent responses from both sides of the argument poured in, creating a true Twitter storm.

Learn about the feisty exchange between Cruz and Musk on the next page.