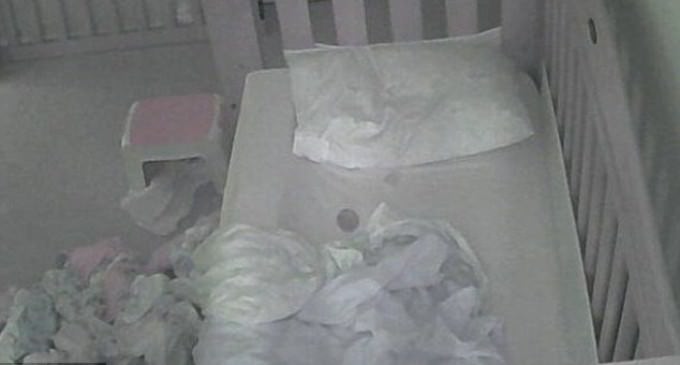 Is your living or bedroom or baby's crib being watched right now through your independent webcam or the one in your laptop?

The website insecam.com states the purpose of the website is to “show the importance of the security settings.”

When webcams are first installed they come with a default password, many of which are the same or can be easily guessed.

In order to secure your webcam, be sure to change your default password!

A creepy website has collected streaming footage from more than 73,000 cameras around the globe that are connected to the internet, because the owners haven't changed their default passwords, making them accessible to virtually anyone.

Insecam claims to feature feeds from IP cameras all over the world with more than 11,000 in the U.S. and 2,400 in the UK alone.

Some of the shots are harmless with fly-on-the-wall views of stores, offices and parking lots, but there are also far more personal areas covered by the cameras, with living rooms and bedrooms featured prominently.

Many of the cameras are being used as babycams which will alert many parents. Creepy: The website insecam.com is running footage from more than 73,000 cameras round the world including this kitchen Disturbing: Security experts say members of the internet need to beware of the pitfalls of the internet. This camera is positioned over a baby's crib but the adults bed can be clearly seen Watching over you: This baby's crib is on full view to the world. The owners of the cameras have no idea that their footage is being streamed for anyone to see online Open door: The site is streaming cameras which have not had their factory passwords changed

‘This site has been designed in order to show the importance of the security settings,' the site proclaims on its page.

Although the feeds are something that anyone with a bit of determination could find through Google, for example, the website makes accessing the streams far easier by pooling them together onto a single website.

It makes it extremely easy to peer into hundreds of strangers bedrooms with just a click of the mouse.