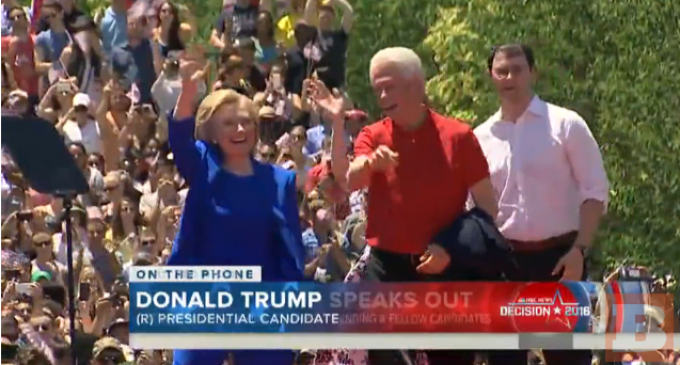 NBC says that the Clinton and Lewinsky affair is alleged! Irregardless of confession by said perpetrator, Bill Clinton, “The Today’s Show’s” Savannah Guthrie declared in an interview with Trump that this well documented affair was just an allegation.

Trump, in his trumpy fashion, immediately jumped on this false claim, saying, ““Is it alleged? I don’t think that’s alleged!” to which Guthrie had to back pedal and agree that is was not alleged as Bill had admitted it.  Trump again pounced telling Guthrie how to better do her job saying, “If he’s admitted it, you don’t have to use the word alleged.”

NBC is Clinton's personal television station and will do whatever it takes to get their Queen elected.  Journalism is dead at NBC, only partisan politics and bedfellows are players in their game.

On the next page read more about Trump's collaring of the NBC talk show and their cover-up.